Help this game reach its goal 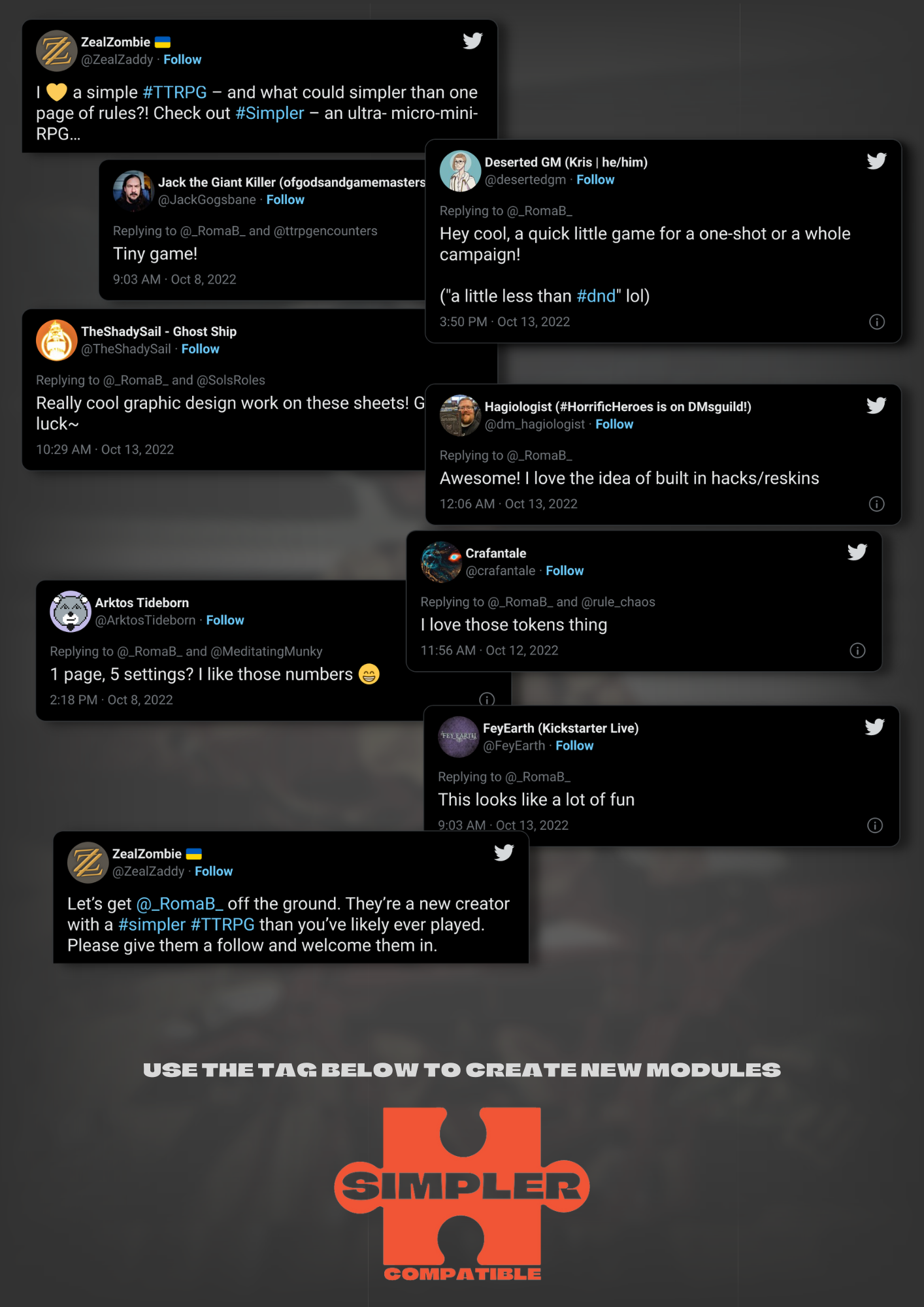 Get exclusive access to this game by purchasing while quantities last.

What? A free edition? Yes

Claim yours while quantities last

Please consider supporting a game, if you like it!

There are quite a few reports for this page about jam submissions. Please be mindful which jams you submit to, otherwise your account will be banned form participating in jams on itch.io

Noted! Thank you a lot for not banning it right away, didn't know this was forbidden

The game is fun, but the free edition is basically unusable. All pages have a "paywall" that covers the bottom half, making them unusable since you can't see half of the rules. It would have been better if the 1 page rules were free and the rest needed to be bought.

Good point! The rules are now clean, the paywall is only on the additional settings

After giving Simpler (with Noir Package) a try, I can confidently tell it's a hella fun experience, considering how little preparation it needs to be run. Makes for a perfect rpg-themed party game with your friends, or as a simple time killer, if that's what you fancy more. I personally was relieved with just how little it needs to actually start and play. There's no extra rules you need to keep track of, but just your standard rpg stuff, like HP (which has its own fun little mechanic that I absolutely adore), some talents the GM might give you access to if you play your character in a fun way, and so on. Although from my own experience it feels a bit unbalanced in some places, you can easily tell it's Author's labor of love, and he definitely put a lot of heart into make the system from scratch. The Simpler's page itself is quite active as well, so Im sure there will be a lot more updates and fixes to make the system even more enjoyable. That's all I have to say about the system itself, the rest of this comment I will dedicate to my personal suggestions of how I would tweak and change the game.

- Giving the GM a set of Difficulty Checks (for dice rolls) that somewhat represent the difficulty of the task, for example: Difficulty Checks equal to 1 would be considered trivial task, everyone with no prior knowledge might be able to achieve, 2-3 would stand for an everyday task that most Player Characters might be already familiar to, 4 could mean the task is not too uncommon but could be challenging for everyday man (as an example, I'd give the PC difficulty check equal of 4 if they had to fix the car by themselves) and reserve Difficulty Check of 5 and 6 to extremely hard, or inhuman tasks even trained characters could struggle with.

- Switching the game from d6 to d8, to give a higher range or successes and failures, resulting in more interesting results.

- Overhauling certain character statistics. As I've mentioned I've only had the chance to play the noir package, so I will speak only of Player statistics present in said setting. Fusing Willpower and Intelligence into one statistic, so more intelligent characters have higher chance into overcoming fear, and benefit from their knowledge of dark arts. It would give Intelligence a bit more use in the game as well as make space for another statistic that could be used to counter Dexterity's overwhelming dominance. Speaking of the devil, Dexterity plays too big of a role in the game, and I personally would counter it with adding another statistic to the package (now that we ditched Willpower for the sake of Intelligence). In my opinion Strength would make a perfect counter to Dex, giving more roleplay abilities and more character variations to the game. While Dex could affect dodging, using ranged weapons and so on, Strength could boost character's melee capabilities and overall enhance its survivability (maybe certain Strength related talents could be added that allow the character to take more hits before they part with their life). Also I feel like Sanity could use a little boost, and maybe somehow could help with how convincing your character is to the NPCs.

- Giving more Skill Increases in the character making to add a bit more of variety and boost the Player Characters slightly. I would settle for around 7-8 skill increases, so you could either make a well rounded character with a flaw, or get two flaws for two excellent statistics your character could be awesome at.

That's it regarding my suggestions about the game, just like I've stated before it was a ton of fun to playthrough and the simplicity is definitely a good seller. Highly recommend trying it out!

I came across this system due to a one shot session during board game convent. The first person to introduce it to me and group of my friends, was the author himself.

With no doubts i have to admit that this inspired dude is genuinely involved into his project. We played the latest version of noir that day. As far as i know from the creator, our honest opinions were taken into consideration, therefore will hew thremendous impact on the future releases.

-Rework of all 4 stats. dex plays too much role in combat thus it needs counter skill like strenght for instance. Intelligence should be boosted or used in more ways. Willpower for me is a great atribute, but it declasifies sanity so combining these may work just fine.

-additional 7th skill point to gather at least one proficiency in semi-balanced build.

From a player perspective, I highly recomend sending feedback or wishes and i' m looking forward to dive deep into some newly suggested mechanics that might soon see a daylight.

P.S I love how the use of player's speech charisma instead of skill points makes me focused way more on my character. Highly recomend trying it on your own even if you are used to play more advanced stuff :)

The things you've mentioned are in the works already, will be out soon 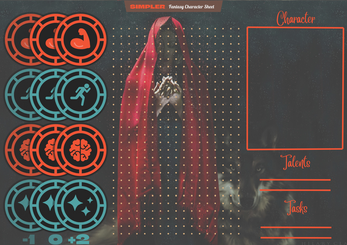 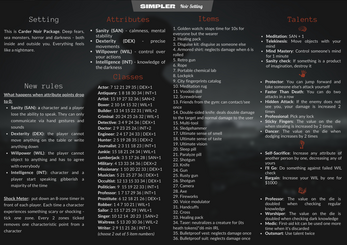 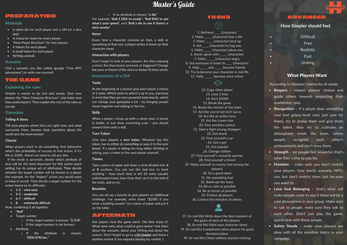 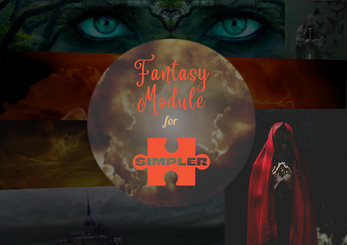 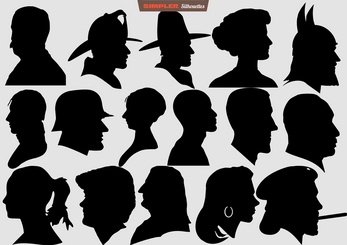